Skip to primary content
I’ve been thinking about two blog posts for the last week. But I’ve been super busy and haven’t had the wherewithal to sit down and write them out. So now it’s two (or three?) topics in one
Last Wednesday afternoon a text showed up “want to go see Iron Man tonight” the answer was “of course” but I had planned to run with a co-worker. I checked movie times and there was one that we could go to at 7:30. This would give me enough time to run, change back into real clothes, and drive to the movies. It also meant no time to stretch after the run and rolling up to the movies a little smelly. I figured NBD, I wasn’t doing a hard work out and I was meeting another runner who know’s that sweat = smell. My timing was right and I got there with enough time to stop at the Whole Foods to grab dinner to sneak into the movies and then play a little Galaga in the lobby. (We went to see Iron Man 3. Are you surprised video games were also involved? No). The movie was really good but half way through nature called. As I stood up to sneak out of the theatre every muscle from my belly button down groaned. And it made me so happy. I was sorry that I didn’t stretch and that I was hurting my body, but that kind of soreness is just so gratifying. It’s the reminder that you worked hard. I stretched some before bed and that helped. My legs woke up happier Thursday morning.
Friday, my new Garmin 210 came in the mail! I’ve been saving for it for a while (throwing $1 in a jar for every mile run) and I got some birthday money so it was finally mine. I was at the office until 8 but had told myself I was going to run so when I got home I took my new toy out for a spin and it’s fantastic and I love it so much I just want to squeeze its cute little digital face. Setting out for the run, things were feeling good. And as I was running along I started to think I might run the whole workout. About halfway through I wanted to stop and walk So. Damn. Bad. But I knew if I stopped running, I’d never get back into the groove. By the time I was running up to my house my ribs were on fire but otherwise my body was feeling pretty good. 2.77 miles, no walking!!!!

I was so glad I didn’t stop. I felt invincible for a little while after. Being at work late meant I was running in the dark , but running in the dark in May >>> running in the dark in January. I feel silly but I always wear my reflective vest and then because it was super dark, I wore my head lamp hat. I’m sure I looked crazy but I like feeling safe. Both from cars and if anyone tries to grab me I know I’ll make a lot of noise but I’ll also be highly visible. At home again I stretched and stretched and stretched, in the light of my hat, which only does so much. And meant that when I laid down on the grass to do some iron crosses and the dew had set in, I got soaked. It actually felt pretty good though and helped cool me off.
My friend Beth stole my gold star idea (well. Imitated? Steal is maybe too harsh). We might as well keep it going. For today’s post I’ve got a gold star for Friday’s run. And for working right through week 10 in my program and moving right into week 11! 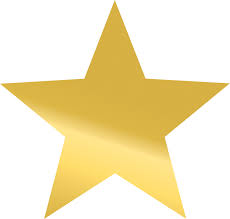 Saturday was full of a hike, friends, and babies and it was the best.
Hearts and running progress!